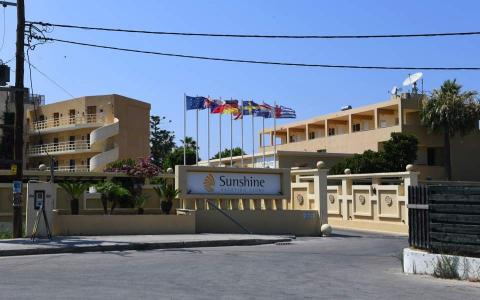 Tragedy struck the islands of Crete and Rhodes on Wednesday afternoon after an 8-year-old girl from Israel and two French sisters aged 16 and 19 drowned in separate incidents.

The Israeli girl drowned in the swimming pool of the hotel she was staying at with her family at the resort of Hersonissos on Crete.

Media reports said that two hotel supervisors - foreign nationals aged 42 and 56 - were detained Thursday for questioning as there was no lifeguard on duty.

The two French girls also died in a hotel swimming pool after the lifeguard had gone off duty.

Reports suggested that it was possible that one may have drowned while trying to save the other.

The parents reportedly testified that the girls did not know how to swim.

A local prosecutor ordered the detention of the hotel's managers for questioning.

First Case of a COVID-19 Infected in Israel
Brancusi Day - marked by embassies in Bucharest with images of his works from Pompidou, Guggenheim