Intellectual games in ‘The Clouds’ 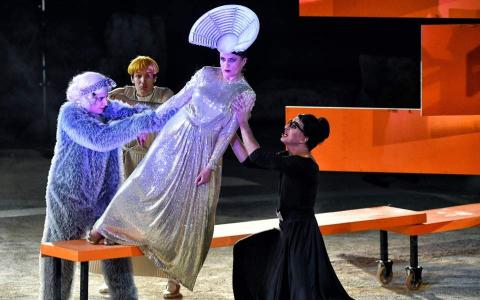 Dimitris Karantzas' production of Aristophanes' comedy "The Clouds," playing at the Ancient Theater of Epidaurus on Friday and Saturday, is the second to last show on the Greek Festival's ancient drama program at the 4th century BC theater. In his take on the scathing satire that challenged intellectual snobbery, the respected Greek director has given the leading roles to the Clouds - patrons of thinkers and layabouts. [Vassilis Psomas/ANA-MPA]

The worst is yet to come