Mass Shooting in the US: 20 Killed in the Texas Shooting and 26 Wounded 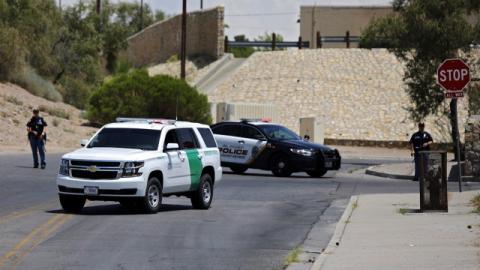 20 people were killed and 26 were injured in a shooting at a shopping mall in the US city of El Paso, Texas Gov. Greg Abbott said.

A 21-year-old white man living in the Dallas area was arrested for the attack. Abbot said it was one of the bloodiest days in state history.

Authorities are investigating a version of a hate crime. In the United States, this is traditionally referred to as actions that target people because of their race, religion, or sexual orientation.

The Bulgarian Ministry of Foreign Affairs said there were no records of injured Bulgarian citizens in yesterday's shooting at a shopping mall in the Texas city of El Paso. The Bulgarian Embassy in Washington has been in constant contact with local authorities, who have reported at least 20 dead so far, but the data is not conclusive.

US President Donald Trump has condemned the bloody attack at a shopping mall in Texas, DPA reported.

"The shooting in El Paso, Texas, is not only tragic but also an act of cowardice. I stand behind everyone in this country in condemning today's hateful act," he wrote on Twitter.

"There are no reasons or excuses that can justify the killing of innocent people," the president said, adding that he and his wife, Melania, are praying for people in Texas. A manifesto appeared on the internet, allegedly written by the shooter who killed 20 people in El Paso yesterday, AFP reported.

It denounces the "invasion" of Latinos in Texas and references the attack on two mosques in Christchurch, New Zealand, where 51 people were killed on March 15.

El Paso is on the border with Mexico and 80% of its 680,000 population is Hispanic. Three Mexicans are among those killed in yesterday's attack.