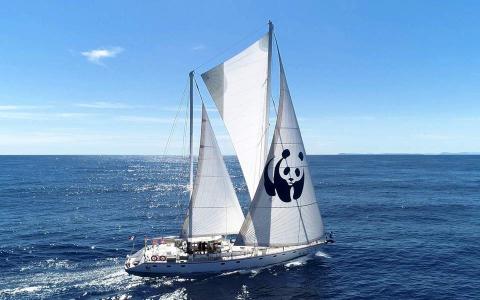 Conservation group World Wildlife Fund (WWF) has warned against hydrocarbon exploration off the Ionian island of Zakynthos.
Greece has reportedly allocated 17,000 square kilometers of the popular tourist island to oil companies prompting concerns from activists over the potential impact of drilling for oil and gas.
"About a third of the GDP of the Ionian islands comes from tourism. So, imagine the scenario of a minor or greater oil accident and what does that mean for these islands," director-general of WWF Greece Dimitris Karavelas said.
The organization's sailing boat "Blue Panda" is currently travelling the Ionian Sea to raise public awareness about the issue.