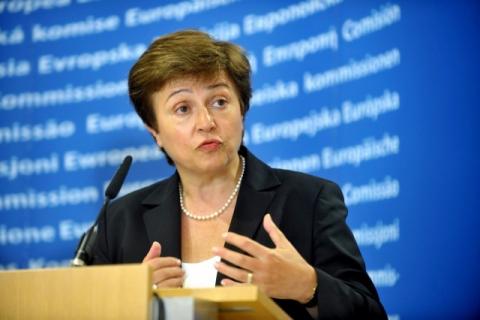 Russia will support the candidacy of Bulgaria's representative Kristalina Georgieva for the post of managing director of the International Monetary Fund. TASS reported about it, quoting a message on the website of the Russian Ministry of Finance.

It states that for the first time in the 75-year history of the fund, it may be headed by a representative of a country whose economy belongs to the "emerging markets".

Russia's Finance Ministry said in a statement on Monday that Russia has a positive attitude towards the nomination of Georgieva and will be ready to support her during the voting, Reuters reported.

"Georgieva is a brilliant diplomat, a fully trained economist, a competent and highly professional financier. In a situation of growing protectionism in the global economy, her experience in solving problems of development will be more useful than ever," the Russian ministry added.

According to Reuters, Germany is optimistic that Bulgaria's Kristalina Georgieva will become the head of the International Monetary Fund, and does not expect Georgieva's age to stand in the way of her becoming IMF head, a spokeswoman for the German Finance Ministry said on Monday.

On Friday, EU governments selected 65-year-old Georgieva as a candidate for the IMF bloc after more than 12 hours of talks. At that time, most EU Member States supported Ms Georgieva, although her candidacy would require a change in IMF rules that require the managing director of the fund to be younger than 65 when appointed to this important post.