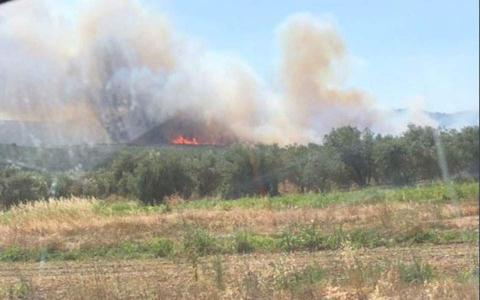 A large wildfire was burning low grassland in the area of Marathonas, eastern Attica on Saturday, though no residencies were at risk.
The fire service has deployed a total of 146 firemen with 47 vehicles who were assisted by seven water-dropping aircraft and three helicopters.
Speaking to broadcaster SKAI, Attica deputy regional governor Petros Filippou said the blaze has been brought under partial control, but strong winds are hindering the fire fighting efforts.
A separate blaze that broke out in a summer camp in nearby Zoumberi was brought under control in the afternoon.Earlier on Saturday, the local summer camps were evacuated as a precaution.

The General Secretariat for Civil Protection had declared a state of alert for the weekend, warning of an acute danger of wildfires across large parts of the country.