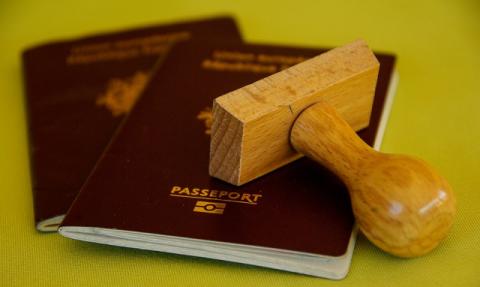 Eighty-eight were deprived of their Bulgarian passports. A total of 1,390 people were denied Bulgarian citizenship on the recommendation of the Minister of Justice, while an additional 245 applications were rejected by the decision of the Vice President, who heads the civic commission

Bulgarian citizenship through naturalization has been revoked in five cases on the grounds that those who applied have concealed information that disqualifies them. It concerns the criminal convictions of the applicants or their links to crime.

The report states that in 2018, a total of 8 362 people were granted Bulgarian citizenship on the basis of Bulgarian origin or through naturalization.

Of these, the majority - 3 619, came from the Republic of Northern Macedonia, after them - 1422 from Ukraine. The next largest groups are Moldovans and Israelis, several hundred in total, followed by Serbs, Albanians and Turks.

Among those who received Bulgarian citizenship in 2018, there are Austrians, Russians, Spaniards, Vietnamese, Syrians, Lebanese, Georgians, Italians, Canadians and three Chinese.

In 2018, the claims of 1,245 people were rejected, mostly because of forged documents in naturalization procedures, the use of someone else's identity, or...

EUROPAfest coming to Bucharest, Sibiu and Sinaia this July

Trumps "Dreams" of Having His Face Added on Mount Rushmore

Protests in Bulgaria: Protesters in Sofia Lifted One Blockade

Forest Fire in Bulgarian Region of Svilengrad Continues, State of Emergency Is Extended

Bulgaria: 11 Infected with COVID-19 in a Dialysis Center in Dobrich