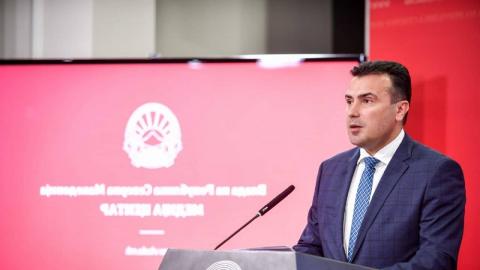 The Italian newspaper La Verita on Saturday published a third batch of audio recordings on YouTube - like the first two relating to North Macedonia's so-called extortion scandal - in which Prime Minister Zoran Zaev is mentioned for the first time.

The latest recordings mainly focus on what appear to be conversations between the alleged victim, businessman Orce Kamcev, and his suspected extortionist, Bojan Jovanovski, aka Boki 13.

In them, they agree details about Kamcev's release from house detention, the return of his passport and the closure of the the Special Prosecution case, codenamed "Empire", in which he is involved.

The extortion case centres around claims that Kamcev paid Jovanovski a large sum of money to use his alleged influence with the Special Prosecution either to be acquitted in the "Empire" case, or at least get a lenient sentence. The claims have rocked the Special Prosecution, SJO, which was set up in 2015 to investigate high-level crime in the country.

In one of the conversations, what appears to be Jovanovski's voice is heard calling chief Special Prosecutor Katica Janeva in front of Kamcev, to convince him that she has everything "under control".

Kamcev is seemingly interested also in finding out whether Janeva's subordinate prosecutor, Lile Stefanova , who is in direct charge of his case, is also "under control".

"I am very busy," what appears to be Janeva's voice tells Kamcev over the telephone.

"That is the reason why I don't hold the matter under control regularly. But, besides that, she [presumably Stefanova] cannot do anything without me."

In her reaction on Saturday, Janeva continued to deny any connection to the 'Extortion' case.

"In the concrete case, at that period,...