Strikes to be decided via electronic vote 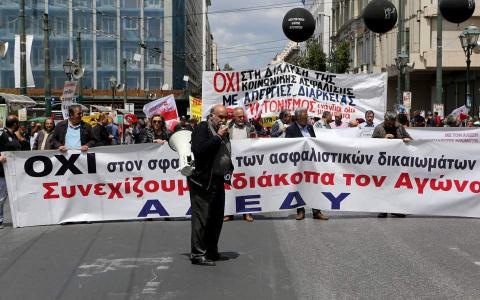 As part of what is seen as the government's fresh approach to labor issues, a series of changes to laws pertaining to labor unions are being promoted, spearheaded by the introduction of electronic voting in decision-making procedures for a strike.
Ministry sources have insisted that there will be no change to the provision passed by decree in 2018 - under pressure from Greece's lenders - that stipulated the presence of 50+1 percent of active members of a trade union in the general assembly in order to reach a valid decision.

However, the possibility of electronic voting will be introduced so that there is, according to Labor Minister Yianns Vroutsis, "the unrestricted universal participation of workers in the exercise of their rights."

To this end, an electronic register of members of both employer and employee trade unions will also be created that will also...