Bulgaria Ranks 54th in Water Stress Levels in the World 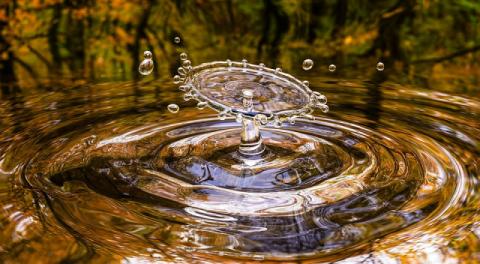 July 2019 was reported as the hottest month in the history of meteorological measurements, becoming the latest proof of the magnitude of the global climate crisis, WWF reports. The data are from the Copernicus European Union Climate Change Program, which analyzes temperature data from across the globe. The result showed that last July it was about 0.56 ° C warmer than average global temperature between 1981 and 2010. Extreme heat led to the highest temperatures in Alaska, "contributing" to the unprecedented Arctic fires and caused a massive melting of the ice sheet on Greenland.

"The month of July is usually the hottest of the year. But this July was the hottest ever recorded, "says Jean Noel, head of the Copernicus program. "The years between 2015 and 2018 were the four warmest in human history. If we continue to increase greenhouse gas emissions, which have a negative impact on Earth's temperatures, we will continue to record such records. "

Water as a "protection" from high temperatures.

The most reliable means of counteracting heat waves and heat is water. Unfortunately, it can also be relied on less and less. A new study by the World Resource Institute has found that since 1960, global water abstraction has doubled because of increasing demand - mainly for agriculture and industry. The Institute also publishes a study of the countries most exposed to water stress. It turns out that 17 countries, home to a quarter of the world's population, are subject to "extreme water stress".

Most countries in southern Europe, such as Greece, Cyprus, Italy, Spain and Portugal, as well as traditionally rainy Belgium, fall into the category of "high water stress" countries, comprising the 44 most affected countries on the planet. This means that...

Mitsotakis in Lisbon for talks with Portugal counterpart

Bulgaria’s Prime Minister Had Meeting with CEO of Kozloduy NPP, Equipment Purchased for Belene Will Be Used for Units 5,6 of Kozloduy