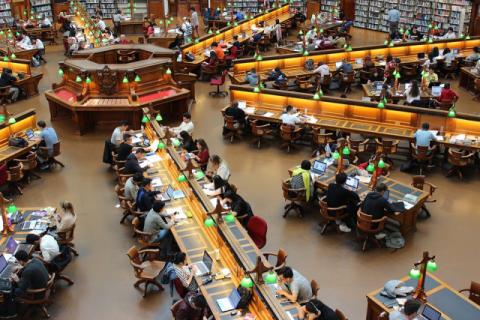 Visas for foreign student applicants of Bulgarian origin are eliminated. This became clear after a letter has been sent from the Bulgarian Embassy in Belgrade to the high school and to the Cultural and Information Center in Bosilegrad. It is reported that the requirement for type D visas for foreigners of Bulgarian origin who have been accepted as full-time students at higher education institutions in Bulgaria has been abolished. The high school director Vladimir Grigorov said this to the BNR.

The amendment is in line with Bulgaria's policy of facilitating the entry and residence of foreigners of Bulgarian origin on the territory of the country for the purpose of training, the letter said.

The Supplement to the Bulgarian Personal Documents Act promulgated in the State Gazette, issue no. 58 of 23.07.2019, an amendment was made according to which a long-term residence permit is allowed without the need of a long-stay visa.

How was it so far - the director of the high school in Bosilegrad Vladimir Grigorov:

"Yes. Until now, a visa was issued, it was possible for the student to stay in the country without a visa for up to three months, to collect documents during this period, to submit these documents at the Niš Consulate and to obtain a visa. Now this will not be the case anymore."

Sunny Weather with Maximum Temperatures between 4C to 9C