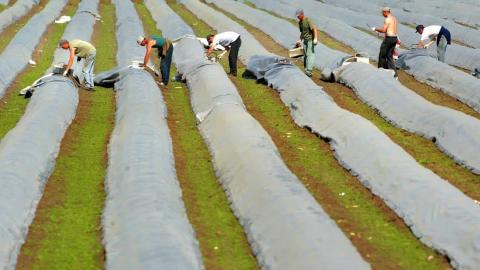 A leaked copy of the draft policy was published in full (in Polish) in June by the Association for Legal Intervention rights group.

The Polish Helsinki Foundation, a human rights non-governmental organisation, said in a statement that the "conditions related to worldview and religion are a gross violation of fundamental freedoms and human rights".

Asked by BIRN about the leaked document, an interior ministry spokesman did not deny its authenticity.

"Currently, work is undertaken on a draft document, which will include the proposal for Poland's migration policy," he said. "When the project is ready, it will be made available for public and inter-ministerial consultations."

He added: "When it comes to the migration policy, the Ministry of Interior and Administration systematically represents the position of the government and of [the ruling] Law and Justice [party], which has not changed in the last four years."

Poland's migration policy has been in limbo since the nationalist-populist government scrapped the previous one in 2016.

In the meantime, despite PiS' anti-immigrant bluster, the country has become one of the EU's biggest magnets for migrants from outside the bloc.

According to Eurostat, Poland issued 680,000 first residency permits in 2017 — the highest number for any EU country. Of these, 580,000 permits were for Ukrainians.