Tsitsipas and Kyrgios to play in Laver Cup 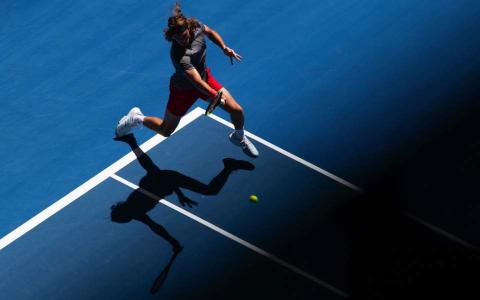 World number seven Stefanos Tsitsipas is set to make his debut at the Laver Cup in Geneva in September for Team Europe while Australia's Nick Kyrgios was also named in Team World, the organizers said on Tuesday.
The Laver Cup, a three-day team event between Europe and the rest of the world, became an official part of the ATP Tour in May this year following its runaway success in its first two editions in Prague and Chicago.
The event, named after Australian great Rod Laver, who won 11 Grand Slams between 1960 and 1969, drew sellout crowds last year as a number of top-ranked players such as Roger Federer and Novak Djokovic took part with the Europeans winning 13-8.
"It's like a dream come true to be part of this incredible team, with Roger and Rafa [Nadal], who I've looked up to since I was a little kid, along with Dominic [Thiem], Sascha [Alexander Zverev] and Fabio ...