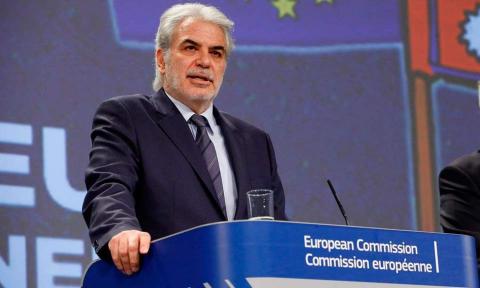 European Commissioner for Humanitarian Aid and Crisis Management Christos Stylianides on Wednesday praised the efforts of Greek authorities to combat a major wildfire burning through a protected nature reserve on the island of Evia, northeast of Athens.
He added that the main objective, which was protecting human life, had been achieved.
Stylianides was speaking during a visit at the Civil Protection Operations Center where he met with Citizens' Protection Minister Michalis Chrysochoidis.
The Cypriot official was scheduled to meet with Greek Prime Minister Kyriakos Mitsotakis at Maximos Mansion at 10.30 a.m.
Water-dropping planes and helicopters resumed work at first light Wednesday over Evia, where hundreds of people were Tuesday evacuated from four villages and a monastery.

Mitsotakis heading to Davos on Wednesday after vote on new president

US urges Ankara to halt drilling operations off Cyprus