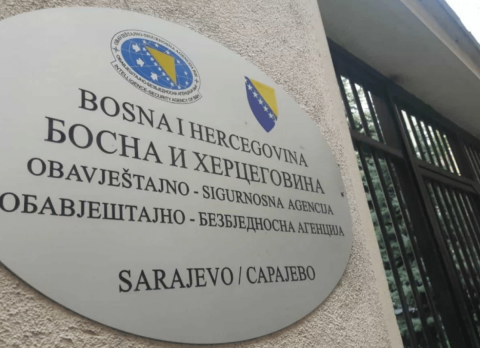 Bosnia's Intelligence-Security Agency, OSA, has dismissed reports that the university degree of General Director Osman Mehmedagic could be annulled.

"Director Mehmedagic's diploma was duly earned and issued. This has been confirmed in a number of earlier checks that he has undergone throughout his career," an OSA press release on Thursday said. It also claimed that Mehmedagic had been under constant attack from unnamed "judicial and political power centres".

However, it likely referred to institutions in the Bosnian Serb-led entity, Republika Srpska. The RS Inspectorate, an institution in the entity, confirmed on Thursday that it had spotted irregularities and omissions in Mehmedagic's diploma.

It said it had "ordered the University for Business Studies to annul the diploma, and declare it null and void in the Republika Srpska Official Gazette". a press release noted. It added that the courts would give the final verdict on this first-instance decision.

According to the RS Inspectorate, Osmanagic enrolled in the third academic year at the Banja Luka-based university in the RS - after the diploma he previously obtained at the University of Sarajevo's Faculty of Law, and the exams he passed there, were approved by professors who were not competent to evaluate the various exams.

The State Prosecutor's Office told BIRN that it has been working on checking the regularity and legality of diplomas held by top officials in Bosnian law enforcement agencies.

The Bosnian Serb leader, Milorad Dodik, who is currently the Serbian member of the state tripartite presidency, has history of disputes with the OSA, describing it as "hostile to Bosnian Serbs".

In June, Dodik accused the OSA of eavesdropping on journalists from Bosnia, Serbia...