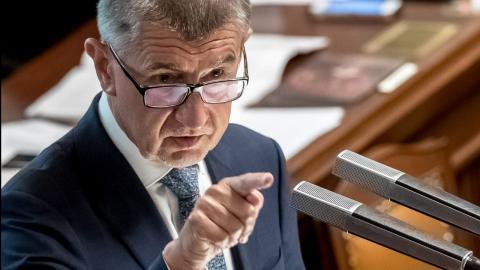 Babis's response has been to lash out at the European Union, accusing it of trying to "destabilise" the Czech Republic.

Such rhetoric might raise eyebrows in Brussels but it will come as little surprise to Czechs used to Babis's brand of populism.

Even as analysts wonder if his current woes will drive him into the arms of his authoritarian neighbours in Hungary and Poland, many Czechs know that Babis has long flirted with Euroscepticism and illiberalism.

It is just that he has been adept at making his populism seem reasonable — at least on the wider European stage.

In a 2014 profile of Babis for Politico, Adam Drda noted that the oligarch masked ruthless business practices and involvement in privatising state companies with election slogans such as "run the state like a business". Babis presented himself as a self-made businessman fed up with corruption and incompetence in Czech politics.

In his biographical manifesto, My Story (in Czech), published in 2011 after he founded the ANO movement, Babis said he had "no ambition to sit in the parliament or in the government".

All he wanted, he said, was to "offer Czech society his managerial skills" in tackling economic issues and help the country reach its potential — "to become another Sweden or Switzerland".

Babis presented himself as a self-made businessman fed up with corruption and incompetence in Czech politics.

But Babis went on to very real political success. In the general election of 2013, ANO won enough votes to catapult him into the twin roles of deputy prime minister and minister of finance.