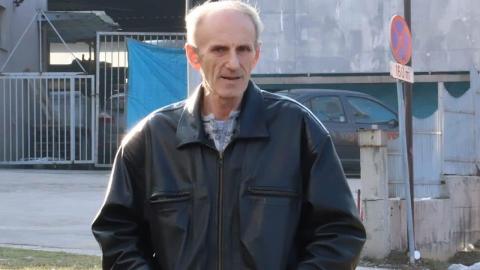 The appeals chamber of the Bosnian state court on Friday upheld the verdict convicting Milomir Davidovic of raping a Bosniak woman in Foca during the war in July 1992 and sentencing him to seven years in prison.

The initial verdict in February this year found that another Bosnian Serb soldier, Dragan Zelenovic, took the Bosniak victim from the secondary school in Foca on an undetermined date between July 3 and 18, 1992 to an apartment in the so-called 'Lepa Brena' building, where she was raped by defendant Davidovic and other soldiers.

The Hague Tribunal in 2007 sentenced Zelenovic to 15 years in prison for taking part in the rape and abuse of women and girls at temporary detention centres in Foca in 1992.

The Hague court said at the time that his crimes were "part of a pattern of sexual abuse" of Bosniak women by Serb troops in the Foca area.

In February's first-instance verdict, Davidovic was acquitted of raping three women in an abandoned house in the village of Dobro Polje during the same period.

The state court's appeals chamber confirmed this part of the first-instance verdict on Friday as well.

The court ordered the defendant to pay the victim 10,000 Bosnian marks (about 5,100 euros) in compensation.