Cavusoglu: Turkey not yet removed from F-35 program 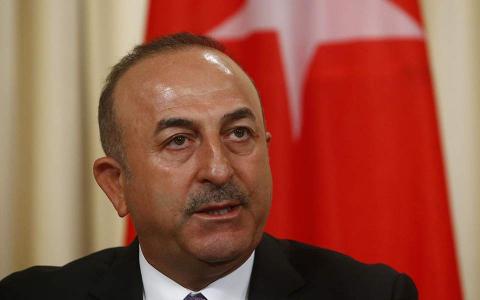 Turkey has still has not officially been removed from the joint program with the United States to produce F-35 stealth fighter jets, the country's Foreign Minister Mevlut Cavusoglu was quoted as saying by Anadolu Agency on Thursday.

In July, the US announced it was suspending the country from the program, after Ankara acquired and began accepting delivery of a Russian missile defense system.
The first parts of the S-400 air defense system were flown into Turkey on the same month.
"There is no such thing like Turkey's official removal from the program," Cavusoglu told a press conference in Ankara, according to a translated report by news website Ahval.

The minister said Turkey and the US will be able to resolve the problem. "Otherwise both countries take steps, relations strain unnecessarily and this is to nobody's benefit," he said.