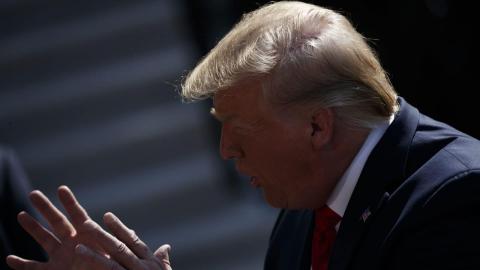 Ever since the dialogue stalled after Serbia succeeded in thwarting Kosovo's bid for membership in Interpol last autumn and Kosovo's former Prime Minister Ramush Haradinaj immediately retaliated by imposing a 100 per cent tariff on Serbian goods, we've been hearing similar entreaties repeatedly.

Yet neither side has budged, and the mutual recriminations have persisted. Indeed, Serbia's Foreign Minister Ivica Dacic, in an interview with Pink TV, was quick to criticise the Quint statement as unbalanced in favour of Kosovo.

He claimed that it said nothing about the Quint countries being willing to stop their lobbying efforts in favour of Kosovo's independence as a quid pro quo for Serbia stopping the de-recognition blitz. And he said that Serbia will continue its campaign of de-recognition because it's working and because it's touching a nerve with the international community.

Unfortunately, Dacic has shown himself to be a one-man wrecking ball when it comes to improving relations with Kosovo; he is a big part of the problem, not the solution.

And Haradinaj has proven stubborn regarding the tariff which has not been helpful, but he recently resigned as prime minister after being invited for an interview at the new war crimes tribunal in The Hague as a suspect.

Nevertheless, Dacic did make some interesting comments in that interview about the strong support for US President Trump among the Serbian people: "No one was as happy as the Serbs to see Donald Trump win the presidential election [and defeat Hillary Clinton] - because the Serbs can't stand Clinton and Albright."

Bill Clinton and Madeleine Albright, of course, led the...