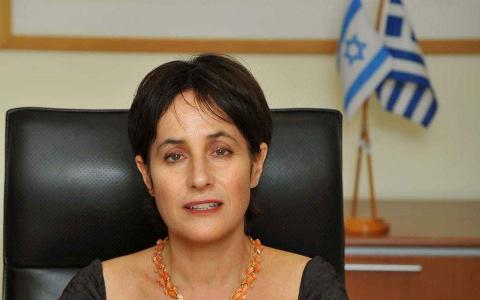 As she prepared to leave Athens following a five-year stint in the Greek capital, Israeli Ambassador Irit Ben-Abba bid farewell to Greeks, saying the two countries have achieved a lot.
"I had five wonderful years both professionally and personally and we have achieved a lot of things in our bilateral relations, politically, economically, academic and cultural exchanges, everything you can think of,"  she said in a post on the embassy's official Facebook page.

"But we should continue marching this long route forward," she added, noting she has made a lot of friends in Greece.
In an interview with Kathimerini in July, Ben-Abba spoke about the trilateral cooperation with Greece and Cyprus in the Eastern Mediterranean, cultural and economic ties, as well as Greece's steps to tackle anti-Semitism.