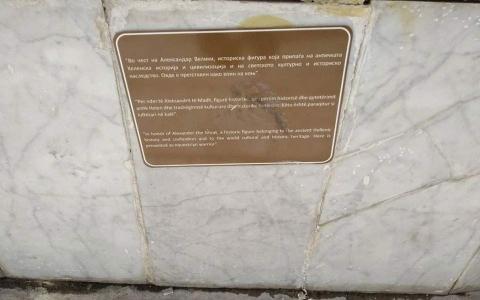 Efforts by North Macedonia's government to re-label public statues of historic figures, under a deal with neighboring Greece, have got off to a rocky start.
Overnight, vandals removed plaques installed Thursday on three statues in the capital, Skopje, of ancient Greek warrior-king Alexander the Great and his family, which clarified that they belong to ancient Greek history.
One of the plaques removed was retrieved later Friday. No arrests were made.

Greece long accused its neighbor, formerly called "Macedonia," of trying to appropriate ancient Greek culture and of harboring territorial claims on northern Greece.
Skopje denied both claims, but at the same time the previous, conservative government erected several statues of Alexander and his family in prominent public areas to boost the small Balkan nation's national identity.

Under a breakthrough deal...