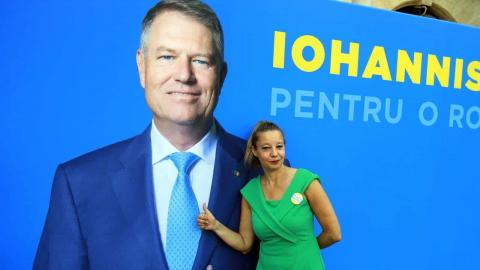 As Romania's presidential elections, the first round of which will be held on November 10, come into focus on the political horizon, the first shots of the race are being fired and the temperature is rising. During his mandate, current President Klaus Iohannis has managed to carve out an image of himself as defender of democratic values and the rule of law in the face of a government seemingly bent on undermining both.

Iohannis will thus be a tough candidate to beat - opinion polling shows that his standing has no match among Romanian politicians. Current Prime Minister Viorica Dancila is emerging as a possible rival candidate from the ruling coalition. However, Iohannis will also need to face off a possible challenge from Dan Barna of the USR PLUS, whose appeal threatens to cut much more directly into Iohannis' support base.

North Macedonia's government is finding itself increasingly embattled, dragged down by the rapidly evolving 'Extortion' affair. Two individuals, seen as close to the Government, have been exposed extorting a prominent businessman with promises that he would receive a lighter sentence in a case being pursued against him by the country's Special Prosecution.

The affair has been spiced up by recordings published by right-wing Italian newspaper La Verita, which seems to be pursuing its own agenda using North Macedonia. So far, Special Prosecutor Katica Janeva has been forced to resign. Meanwhile, the Zaev Government has struggled to find the right response, torn between controlling the potential damage...