Google Street View is Updating the Map of Bulgaria 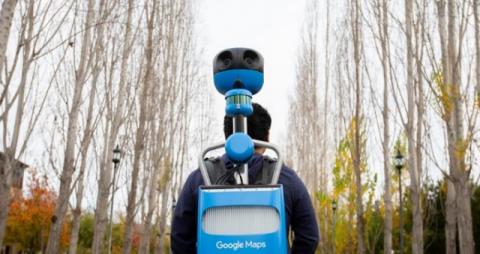 The changing infrastructure and outlook of Bulgaria will be reflected in the Google Maps application. Google cars will be circumnavigating the streets and roads of Bulgaria by the end of the summer to capture the changes, this time including footage taken by pedestrians, the so-called trackers, in the app, the company said.

Street View is a popular Google Maps feature that is currently available in more than 85 countries around the world, as well as parts of the Arctic and Antarctica. Thanks to it, users can view 360 ° images on different streets and cultural and national heritage. It is available on both Google Earth and the mobile version of Google Maps.

Google says they are aware of the need for constant map updates, which helps users to better navigate and facilitates travel planning.

The stunning views of the Rila Lakes and Belogradchik Rocks, historic monuments such as the Ancient Theater of Plovdiv and the Tsarevets Fortress, iconic buildings such as the Ivan Vazov National Theater and the Ethnographic Museum in Plovdiv are just a few of the landmarks already included in Google Maps. Walking through the sea garden of Burgas or to Cape Kaliakra is also one click away for those who want to travel online.

The Street View Trekker, with which new images from Bulgaria will be added, is a special backpack with photographic equipment whose cameras are mounted on top of it. The tracker is worn by an operator who walks around pedestrian zones and automatically collects photos along the way. The backpack operator is free to move around and shoot areas inaccessible to vehicles.

Shots from both cars and pedestrians are mounted in the 360-degree panorama you see today on Google Maps. So far, trekkers have toured some of the breathtaking...