US Military will Come to Bulgaria for Joint Training 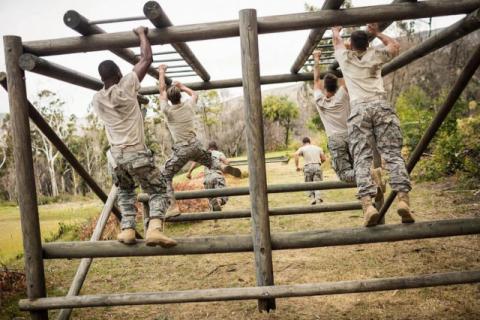 Joint Bulgarian-American training with the participation of the Special Forces of the Bulgarian Army and the Army Air Force formed by the US Army in Europe will continue from August 19 to 25 in our country. This was reported by the Ministry of Defense's Public Relations Directorate.

Up to 250 troops from the 68th Special Forces Brigade with the necessary equipment and equipment will be involved in the preparation, and up to 30 UH-60 Black Hawk helicopters from up to 5 US Army Air Forces in Europe will be in attendance.

Parachute jumps will be performed in the area of ​​Cheshnegirovo Airport during the joint preparation. For the purpose of preparation, US Army Air Forces helicopters in Europe are expected to be deployed to our country from 17 to 19 August 2019.

The purpose of the joint Bulgarian-American training is to enhance the skills of the Special Operations Forces for performing parachute helicopter jumps and the interoperability between the forces involved and the means in performing joint tasks.