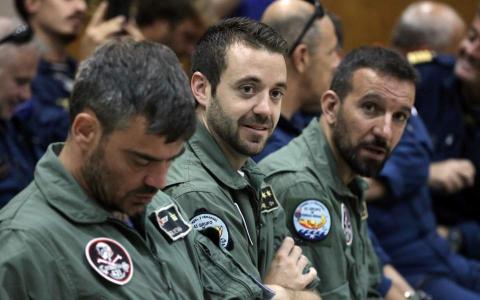 As Greek authorities continued with an investigation into the causes of a large wildfire that razed hundreds of hectares of forestland on the island of Evia last week, debate is intensifying about the need for a joint European firefighting fleet.
Two suspects are being probed by the Greek fire department's special arson section (DAEE) in connection with a possible arson scenario linked to last week's blaze on Evia though the possibility that the fire started by accident has not been ruled out.

On Saturday, Greece's general secretary for civil protection, Nikos Hardalias, presided over a ceremony to award the pilots of the Italian and Spanish water-dropping airplanes that assisted Greek aircraft last week in efforts to douse the blaze.

The ceremony was deemed particularly significant as it marked the first activation of the European Union's rescEU program - aimed...