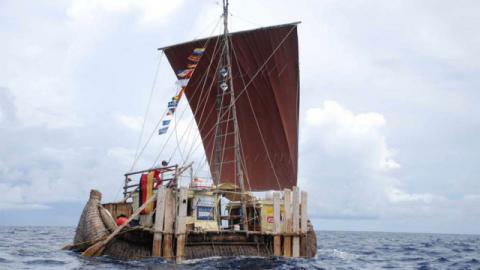 The purpose of the expedition is to prove Herodotus' information about trade contacts between ancient Egypt and peoples along the Black Sea coast during the prehistoric era, reports BNT.

The boat ABORA 4 will travel 3,000 kilometres in the next 3 months.

The sail will be aboard a 12-metre reed boat, which the crew has been building in the summer in Beloslav Lake under the supervision of two Bolivians living near Lake Titicata.

It is believed that the tribe they belong to has preserved the technique of building reed boats since ancient times. However, their ancestors also created the reed boat by which world-famous marine explorer Tour Heyerdahl crossed the Atlantic 50 years ago.

On August 16, 12 people from different countries, including the Bulgarian historian Theodor Rokov from the Archaeological Museum in Varna, will get on the board of the boat from Varna. The route of the vessel is Varna - Istanbul - Canak Kale (Troy) - Aegean Islands and Crete Island.

Hopefully the explorers will successfully complete their voyage and return with new insights into our ancestors' contacts with Mediterranean civilizations.