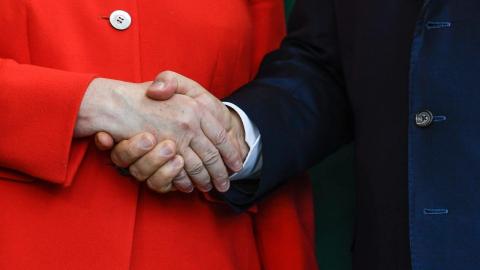 Memories of the peace demonstration that put a crack in the Iron Curtain on August 19, 1989 loom large in both German and Hungarian psyches — large enough to lure Merkel to Hungary for the first time in more than four years.

She has avoided visiting the country since Europe's 2015 refugee and migrant crisis put her at loggerheads with Orban and his brand of authoritarian nationalism.

Despite their differences, there was never any question about Merkel accepting Orban's invitation, a source close to Hungary's ruling Fidesz party told BIRN.

Some observers have not missed the irony of the event — a celebration of freedom in a country that has become an emblem of illiberalism in Central and Eastern Europe.

But analysts say Sopron is a chance to bolster Hungarian-German relations. For Orban, that means playing up his party's take on historical processes leading to German reunification — even if that involves some fudging.

The Pan-European Picnic was a seminal moment in the collapse of communism, along with the opening of Hungary's western border several weeks later, on September 11.

Both events are milestones in Hungarian-German relations, said Andras Hettyey, an expert on international politics and diplomacy at the National University of Public Service in Budapest.

"They are both important and belong together, but conservative politicians tend to celebrate the first, while leftists highlight the second."

By the summer of 1989, several thousand East Germans were stranded in refugee camps in Hungary. They had come as tourists but decided not to return to communist East Germany.