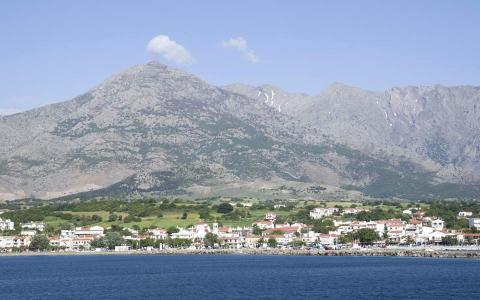 State Minister George Gerapetritis is on Monday to chair a meeting at the Maximos Mansion aimed at resolving continuing problems with the ferry connection between the northern port city of Alexandroupoli and the island of Samothraki.

The island was cut off from the rest of the country earlier this month due to a combination of powerful winds and the breakdown of two passenger ferries that linked the island to Alexandroupoli on the mainland. The same problem had occurred earlier this year.

Gerapetritis is to meet with several key members of the cabinet, including Shipping and Island Policy Minister Yiannis Plakiotakis, Tourism Minister Haris Theocharis and Transport and Infrastructure Minister Kostas A. Karamanlis.

The breakdown of the ferry last week left hundreds of travelers stranded on the island at the peak of the tourist season.