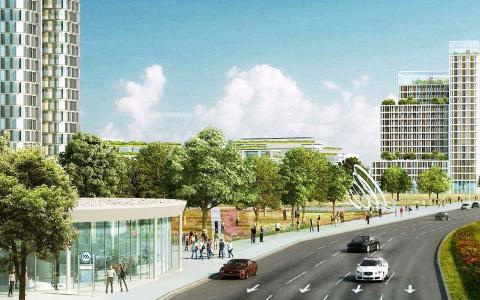 Greece has among the smallest densities of shopping malls in Europe, with 57 square meters per 1,000 inhabitants, just 6.7 percent that of first-place Norway (857 sq.m.) and less than fellow Balkan countries Bosnia-Herzegovina (98 sq.m.) and Serbia (88 sq.m.).
This is about to change, with investments in coming years expected to approach 1 billion euros, according to a report by portfolio management company Pepper Hellas, a subsidiary of Australia's Pepper Group.
By far the biggest investment will be by Lamda Malls SA at the former airport in Elliniko, a development project which is about to get off the ground after years of stalling by the previous government.
The subsidiary of Lamda Development and Minneapolis-based Varde Partners plans to build a 250,000 sq.m. mall there, which will be Europe's largest, ahead of Westfield London (242,000 sq.m.) and Moscow's...