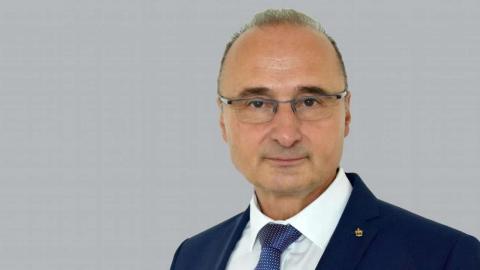 Croatia has suspended a senior diplomat at its embassy in Berlin over Facebook posts in which she promoted the European Union's newest member as populated only by "white Europeans".

Elizabeta Madjarevic, the embassy's first secretary, was recalled to Croatia and her dismissal has been initiated, the foreign ministry said on Monday.

"She is withdrawn from office. Her term expires. She is suspended. A diplomat is never a private person," Foreign Minister Gordan Grlic Radman told a press conference.

On Friday, the Croatian news portal Index published a series of posts Madjarevic made in English on Facebook in which she extolled the idea of a "white Europe".

"Pure and authentic Europe," she wrote on August 8, alongside pictures of Croatia's Adriatic coast. "Just white Europeans as it used to be only 30 years ago in the whole Europe. This should be a good advertisement for vacations. One would think this is no longer possible, but luckily it is."

Over a period of months, Madjarevic implied in her Facebook posts that Muslim migrants and refugees were coming to Europe with the goal of 'Islamising' the continent, and on one occasion suggested a link between LGBT sexual orientation and paedophilia.

Following the Index report, Madjarevic initially said she stood behind her "personal position" as part of her conservative worldview and that she was neither "an official nor a politician".

The next day, however, Madjarevic's Facebook account was deleted and she told Croatian-German online magazine Fenix that her profile had been hacked and that she was not the author of all the controversial posts.

She suggested the media reports were in fact attacks on the government and Grlic Radman.

The foreign minister, however, rejected...