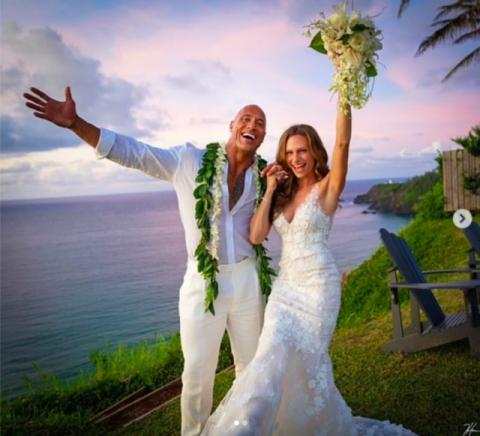 The two have been together since 2007 and have two daughters - 3-year-old Jasmine and 15-month-old Tiana. They had scheduled their wedding for 2018, but postponed it when Lauren got pregnant. Johnson shared photos of the ceremony on Instagram.

Dwayne Johnson, 47, also has an older daughter, Simon, from his first marriage to producer Danny Garcia, who is now his manager. Simon is 18 years old.