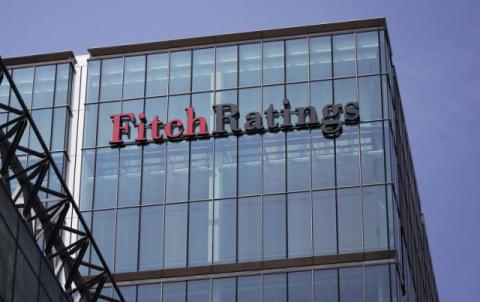 Fitch Ratings said that it expects euro adoption in central and eastern European countries, including Bulgaria, Romania, and Croatia, to have a positive impact on their sovereign creditworthiness, reports SeeNews.

"... all else being equal, Fitch would likely upgrade a sovereign's Long-Term FC Issuer Default Ratings (IDRs) by two notches from the country's admission to the Exchange Rate Mechanism (ERM II) to joining the euro," the rating agency said in a statement on Monday.

"Bulgaria (BBB/Positive) formally started the ERM II process in July 2018 and a decision on whether it can join is expected by end-2019. Croatia (BBB-/Positive) has followed suit, issuing a letter applying to join ERM II in early July 2019. Fitch believes the earliest euro adoption could take place is January 2023 for Bulgaria and January 2024 for Croatia, assuming these countries are successful in meeting ERM II criteria and then the wider convergence criteria.
Romania (BBB-/Stable) has expressed interest in joining ERM II but there is no formal timetable. The prospects of euro adoption in Hungary (BBB/Stable), Poland (A-/Stable) and the Czech Republic (AA-/Stable) in the foreseeable future remain remote, with little political willingness and in some cases very low public support for euro membership.
In Fitch's view, the main euro benefits include: (i) access to reserve currency status that eliminates the risk of self-fulfilling currency crises, supports foreign demand for domestic financial assets and adds to fiscal and external financing flexibility; (ii) the reduction of FC-related credit risk for "euroised" economies; (iii) access to the ECB's credible monetary policy framework and liquidity facilities for banks; (iv...