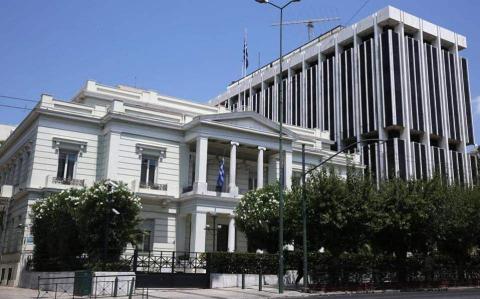 Greece's Foreign Ministry is "monitoring closely" developments concerning the Iranian tanker and "is in contact, through diplomatic channels, with the US," according to diplomatic sources cited by state-run news agency ANA-MPA on Tuesday.

The same sources said the US's view on the issue is well-known and concern all states and ports in the Mediterranean.

Iranian tanker Grace 1, renamed the Adrian Darya 1, was seized by British Royal Marines near Gibraltar in July 4 on suspicion of carrying oil to Syria in violation of European Union sanctions.

A US court issued a warrant for the seizure of the tanker, but Gibraltar said it could not comply with that request because it was bound by EU law. The tanker was allowed to sail on Thursday.

According to ship tracking data, it is heading toward the port of Kalamata in southern Greece.
Shipping Minister...