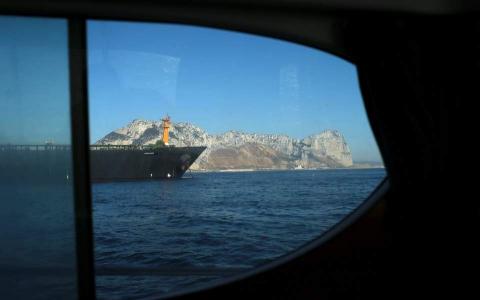 In what could be first major foreign policy challenge for Prime Minister Kyriakos Mitsotakis since he took office last month, an Iranian tanker that was released from detention off the British territory of Gibraltar on Sunday is reportedly heading toward the port of Kalamata in southern Greece.
The Grace 1, renamed the Adrian Darya 1, is, according to ship tracking data, expected to arrive in Kalamata this Sunday.
Until Monday evening Greek media said that port authorities in Kalamata had received no formal request from the owner of the tanker to dock there.
At the same time, sources cited in Greek media said the matter is being closely monitored by the Greek Foreign and Shipping ministries.
The same sources also noted that many things could transpire before the tanker's expected arrival in Kalamata and cast doubt that it may ever do so - given that the port...