From Tirana to Skopje 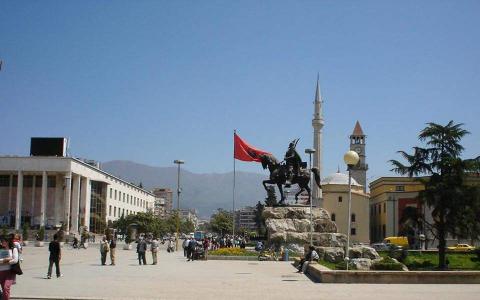 Turkish President Recep Tayyip Erdogan has funded the construction in a central Tirana park of a memorial commemorating "the martyrs of July 15," a reference to the Turkish citizens who lost their lives in the failed coup of 2016.
The memorial is part of Ankara's wider effort to infiltrate the Balkans. Erdogan is also using religion as a critical instrument in this effort, a fact demonstrated by Turkey's funding of "the largest mosque in the Balkans" currently under construction in Tirana.
As Turkey was handing over the memorial to the citizens of Tirana (amid a fair amount of controversy), authorities in nearby North Macedonia were putting a plaque on the Alexander the Great statue in the central square of Skopje, which explained that the ancient warrior king belongs to the history and civilization of the ancient Greeks.
Similar plaques were attached to the monument...

Cyprus gets tough on economic migrants