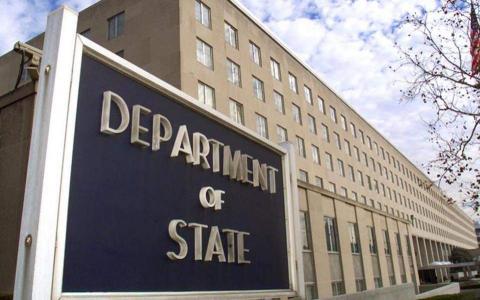 The United States has conveyed its "strong position" to the Greek government about an Iranian tanker that sailed for Greece on Monday after it was freed from detention off Gibraltar and Washington says is carrying oil to Syria, a State Department official said.

Any efforts to assist the tanker could be considered as providing material support to a US-designated foreign terrorist organization, which has immigration and potential criminal consequences, the official said.
The Grace 1, renamed the Adrian Darya 1, left anchorage off Gibraltar late on Sunday. Refinitiv ship tracking data showed on Monday that the vessel was heading to Kalamata in Greece and was scheduled to arrive next Sunday.

The official said the tanker was assisting the Islamic Revolutionary Guard Corp, which the United States has designated as a terrorist organization, by transporting oil to Syria....