Romania is Considering Excluding Huawei From its 5G Network 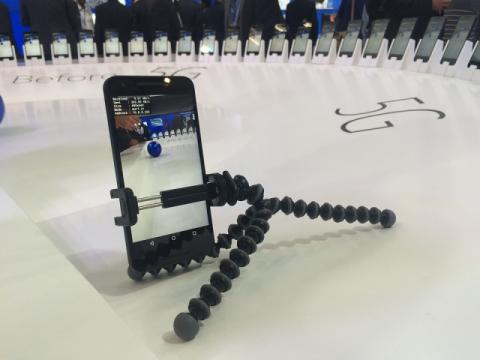 Romania could exclude Chinese giant Huawei from its future 5G network, according to a joint statement by the presidents of the United States and Romania.

The document, signed by Klaus Werner Iohannis  and Donald Trump, says the two sides will seek to avoid the security risks associated with Chinese investment in building a 5G telecommunications network.

The two heads of state signed the document during a visit by Klaus Iohannis  to Washington.

The Romanian president recently raised concerns about Huawei's possible involvement in the country's 5G network, adding that the Supreme National Defense Council would discuss the matter.

Romanian and US delegations also signed a memorandum of understanding outlining the conditions that service providers must meet in order to become part of the 5G network. One of the requirements is that the applicant is not under the control of the government of a third country.

Bucharest adopted the worldwide "5G Strategy for Romania" in June, which envisions the creation of 250,000 jobs and investments of 4.7 billion euros.

A tender for the construction of a fifth generation mobile network will be announced in the fourth quarter of this year.

Initially, the Romanian government proposed not to exclude Chinese equipment manufacturers. The US fears that Huawei will allow Beijing to spy on communications from countries that use its products and services.

GCS: COVID-19 death toll rises by 3 to 1,188
MApN specialists on mission to Alabama, DefMin Ciuca: Wehen needed, we are able to support each other
MApN specialists on mission to Alabama, as PM Orban says US, Romania have strong strategic partnership
MApN: A team of 15 experts to go on a mission in the US, in the context of COVID-19 pandemic
MAE announces the repatriation of 125 Romanians who were aboard several cruise ships
Muslims in Romania celebrate Ramazan Bayram as of Sunday
GCS: Four more persons infected with novel coronavirus have died; death toll 1,170

In the Afternoon: Cloudy With Short-Term Precipitations