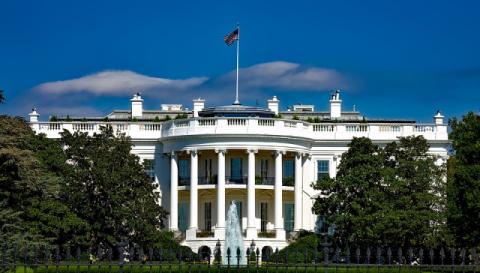 Romanian and US presidents - Klaus Iohannis and Donald Trump, endorsed a joint statement last night at the White House, in which, among other things, the US stressed its support for Romania's efforts to enter the visa waiver program for Romanian citizens, BTA reported.

The declaration states that the Romanian and US military are working side by side to protect freedom and strengthen defense capabilities in NATO's eastern flank, including in the Black Sea, which is of strategic importance for transatlantic security.

Presidents also say they are looking for ways to avoid the security risks that accompany Chinese investment in 5G telecommunications networks.

Romania and the US recognize that energy security is a national security. Both sides emphasize their opposition to the Nord Stream 2 gas pipeline for the transmission of Russian gas to Germany along the Baltic Sea and other projects that make their allies and partners energy dependent on Russia.

"Romania's natural gas sources have the potential to increase the prosperity of our countries and to enhance Europe's energy security," the statement said.

Romania and the US will analyze ways to improve the investment climate in the energy sector, to the benefit of both countries. The document states that close cooperation between the two industries is encouraged in support of Romania's civilian nuclear energy targets.

The declaration further notes that Romania's excellent partnership with the US in the area of ​​law enforcement and the fight against corruption is firmly based on a mutual commitment to the rule of law and independent justice, which are strongly supported by the Romanian people.

Romania and the US pledge to further strengthen trade relations with each other...