Macron: France will not tolerate violations of Cyprus’ EEZ 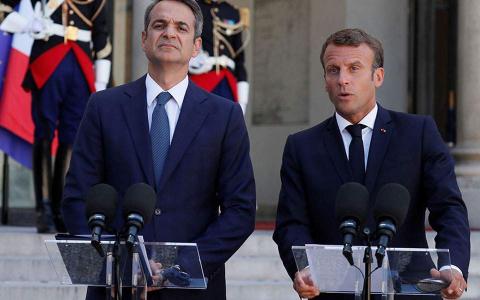 "We won't show any weakness," the French leader said.

Macron was speaking during a joint press briefing ahead of a meeting with Greek Prime Minister Kyriakos Mitsotakis, who is on an official visit to France.

Macron stressed France's support during Greece's financial crisis, nevertheless acknowledging "the great courage of the Greek people and their desire to remain in the euro area."

The French president said that the two countries "are connected by a long-standing friendship," adding that Athens and Paris are faced with common challenges.

"Achieving economic growth and fighting unemployment are top priorities," he said, emphasizing his plan for eurozone reform, including a common European budget.