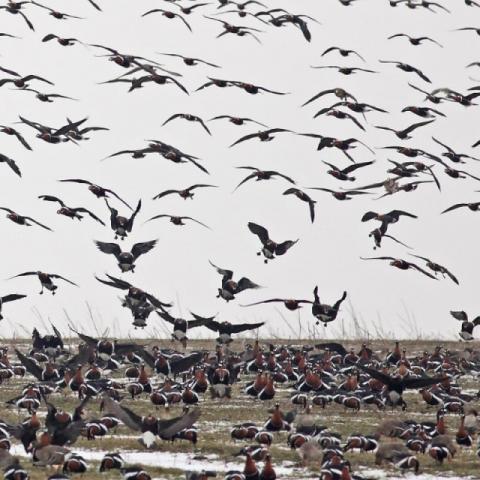 The migration of birds has already begun and is in full swing, said Dr. Peter Yankov, an ecologist at the Poda Nature Conservation Centre of the Bulgarian Society for the Protection of Birds (BSPB), in an interview with Focus News Agency.
"Of course, different species of birds migrate at different times. First, some species of the Charadriidae family, such as the oystercatcher, began to appear in July," the ecologist said. The migration of the white stork began very actively in early August. "It is known that the white stork migrates in August, its numbers gradually increasing from the beginning of the month to August 25-26, when is the peak passage. For the whole season, the passage throughout August is usually around 260,000, while on August 26, the so-called peak day, their number is at about 20 to 32,000, on that day alone," Dr. Yankov explained.