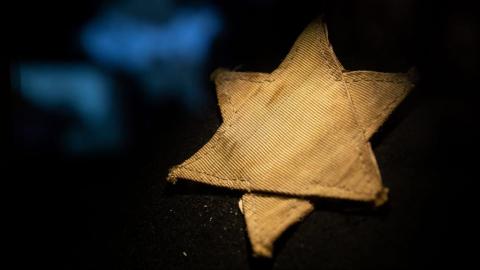 Perhaps this is not a problem. Maybe we should just celebrate the opening of another Jewish museum in Hungary, which has the second-largest Jewish community in Europe but very few Holocaust memorial sites.

We might even overlook the fact that by identifying excellence only with STEM research, the museum renders invisible several other prominent Jewish scholars whose oeuvre is more closely related to progressive ideas and actions.

That skewed view doubtless pleases the current Hungarian government, which is supporting the museum financially.

Yet it is impossible to ignore the exhibition's painful lack of critical reflection as to why even the talented Jews it did decide to feature were persecuted, and how they survived.

The only three-dimensional, material object in the museum is a plaque by the entrance that refers in general terms to "wickedness" and "a plan to kill".

This vagueness — or rather silence — about the Holocaust, and Hungarian collaboration in it, is part of a wider, disturbing trend in Hungary.

This vagueness — or rather silence — about the Holocaust, and Hungarian collaboration in it, is part of a wider, disturbing trend in Hungary.

That trend relates to the French social theorist Jean Baudrillard's category of "simulacra", which was in turn inspired by a one-paragraph story by Jorge Luis Borges entitled "On Exactitude in Science".

In it, Borges describes an empire so attached to the map of its own territory that when the empire collapsed, nothing remained but the map, or the simulation of the land that once was a powerful empire. After the collapse, he writes, the land was "inhabited by animals and beggars".

Similarly, the memory of the Holocaust in Hungary and elsewhere...

As of today, Slovenia is open for 14 more countries - Serbia is not on the list
USR: 100 years after Trianon we must focus on our future together