The Russian Humanoid Robot "Fyodor" Has Been Sent into Space 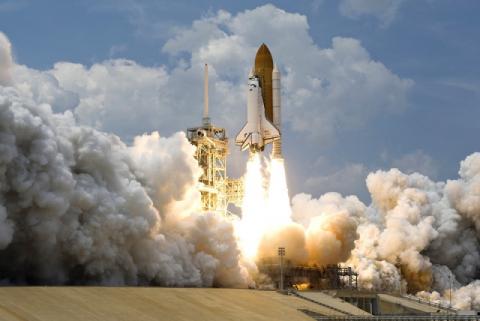 The Soyuz capsule brought the humanoid robot into orbit, then headed for the International Space Station.

"He made it to orbit and is en route to the International Space Station," NASA spokesperson Rob Navias said

The docking with the International Space Station is scheduled for August 24th.

Fyodor, the first such project in Russia's space program, will spend 17 days during which he will experiment with various instruments.

"For Skybot F-850 we designed a scenario with typical manipulations to be carried out in the avatar mode. He will try to use screwdrivers, spanners and various electrical connectors - everything that cosmonauts use in their routine work," Roscosmos executive director in charge of science, Alexander Bloshenko said in an interview with Russia's Rossiiskaya Gazeta government daily, TASS reported. "Fedor's ISS schedule also includes several interesting tricks, but we will make them public a bit later.".

Its return is expected on September 6th