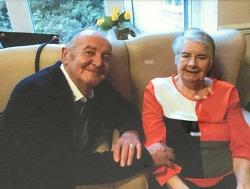 A 75-year-old man from Huddersfield is the latest Briton to die of a suspected outbreak of Legionnaires disease linked to a Bulgarian three-star resort, reports Daily Mail.

Brian Taylor, 75, was admitted to hospital after returning from a week's holiday at the Hotel Kalofer on Sunny Beach, Bulgaria.

Mr. Taylor visited the popular hotel in June and died a month after returning having suffered 'flu-like symptoms' which deteriorated.

Yesterday it emerged that John Cowan, 43, from Hamilton, Lanarkshire died after returning from the same resort having contracted Legionnaires Disease.

He died on June 19 - one week after returning home from the result. His death certificate claimed he died from 'septic shock' and 'Legionella Pneumonia'.

His family wants to determine whether his death is linked to the hotel.

Both Mr. Taylor and Mr. Cowen traveled with Jet2 Holidays, who have been warned by the European Legionnaires' Disease Surveillance Network, that four cases of the disease have been linked back to the hotel.

Jatinder Paul, a legal expert at Irwin Mitchell representing the family, said: 'All of Brian's family are understandably heartbroken by their loss and are struggling to come to terms with what happened.

'Through our work, we are sadly only too aware of the devastating consequences of Legionnaires' disease and nothing highlights this more than Brian's death.

'We are now investigating how Brian contracted his illness and looking into his stay at the Hotel Kalofer. It is extremely worrying that other guests who stayed at the same hotel have also contracted this potentially fatal...