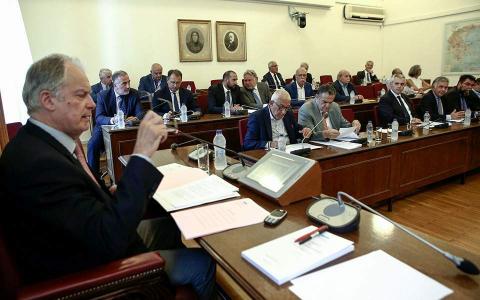 Three top judicial officials - Iosif Tsalaganidis, Pinelopi Zontanou and Angeliki Aliferopoulou - were short-listed on Thursday for the position of Supreme Court president following a session by Parliament's speaker and his deputies.

The speakers are to convene again on Friday to evaluate candidates for another coveted post: the court's prosecutor.

The posts have been vacant since June 30, when President Prokopis Pavlopoulos refused to sign a presidential decree for the appointment of Irini Kalou and Dimitra Kokotini for president and prosecutor, respectively. Both judicial officials had been selected by the previous SYRIZA administration.

The process yesterday sparked a clash between the government and the leftist opposition SYRIZA. "The Mitsotakis government is restoring institutional order in the matter of the selection of the judicial leadership," center...