Week in Review: Expecting the Unexpected 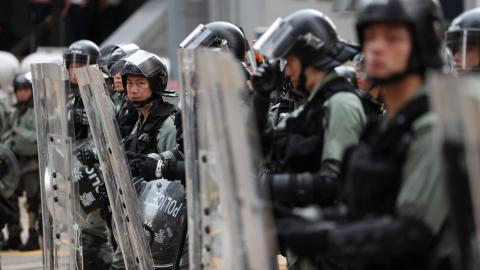 China has been deepening its footprint in Serbia for years, primarily through infrastructure loans and construction projects, all packaged as part of the Belt and Road Initiative. There have also been some major investments, such as the Smederevo Steel Plant, or in the Bor mining complex.

Now, the two countries are expanding cooperation into the security sector. A small number of Chinese police officers will engage in joint patrols with their Serbian colleagues. The news is somewhat bizarre, but probably harmless enough. More worrying to some observers are the less visible ways in which this security cooperation is expanding - Serbia will be importing Chinese face recognition technology for the security sector, while joint military exercises are also being mooted. Has Belgrade thought through what the Trump administration, much courted by Belgrade, might have to say about this?

Romanian President Klaus Iohannis went on an official visit to the US this Tuesday, where he was received by President Donald Trump. Key topics of the meeting were defence and security related issues, as well as energy regulations which had upset US investors in the recent past.

Yet the visit was about more than just the usual collection of bilateral issues. Iohannis is running for re-election in November, and the visit was clearly a pilgrimage of sorts to show that he,...