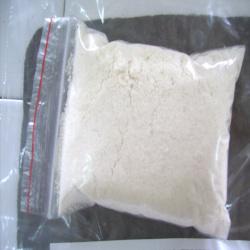 Police have seized 1 kg of cocaine and almost 5 kg of heroin from a 63-year-old man, part was buried in the yard of his house in the village of Gergini, Gabrovo, Plovdiv Regional Prosecutor's Office said at a special press conference today, Focus Radio - Plovdiv reported.
The man has no criminal record in Bulgaria, but was sentenced to five years in prison in Turkey for drug trafficking, Deputy District Prosecutor Galin Gavrailov said.
The successfully conducted operation started a few days ago when a Turkish citizen and two women from Stolipinovo were detained, for which the prosecutors informed the media. The women were arrested with 300 grams of heroin and a small amount of cocaine.
In the course of the investigation, the law enforcers learned about the involvement of the 63-old man. Thanks to the immediate reaction of the police and with the help of the accurate and comprehensive information provided by their Plovdiv colleagues, the house where the man lived was quickly located. The man was detained in his car the moment he was setting out to get rid of the drug. The suspect was pulled over and a black package could be seen at his feet. He cooperated with the police and admitted to possessing heroin and cocaine in his house. He took the officers to the place where earlier that morning he had buried the heroin after learning that his partner, a Turkish national, had been detained. The black package contained 1 kg of cocaine, which, he said, he was intending to get rid of.
A hunting rifle and ammunition were also found during the search, carefully wrapped and ready to be buried as well.
According to unofficial information available at the police, the man and the Turkish national got to know each other while doing time in...