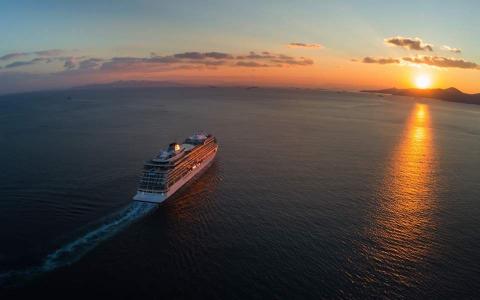 Greece and destinations such as Santorini and Mykonos are among the top European locations affected adversely by air pollution emitted by cruise ships, according to the European Federation for Transport and Environment (Transport & Environment), which campaigns for cleaner transport.

A recent study by the European organization found that sulfur oxide (SOx) emissions from cruise ships in Greece are 120 times greater than those produced by all the small vehicles (cars etc) circulating in the country.
The study found that SOx emissions from the 115 cruise ships that sailed in Greece's seas in 2017 came to 7,600 tons, while those from cars and other small vehicles came to around 64 tons.
This is one of the worst performances in Europe, coming after Croatia, Norway and Iceland, which are very popular cruise destinations.