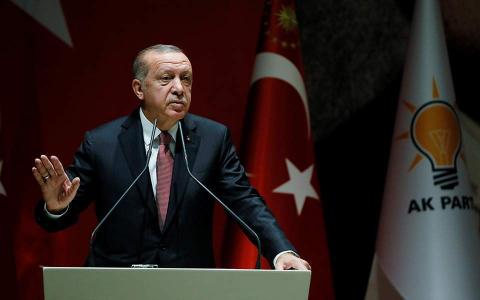 Turkey will "resolutely" continue to explore hydrocarbon resources in the Eastern Mediterranean, Turkish President Recep Tayyip Erdogan said on Thursday.
Speaking at a press conference in Ankara following a meeting with Ersin Tatar, the "prime minister" of the Turkish-occupied northern Cyprus, Erdogan reiterated his country's intention to lay a claim to any fossil fuels found off the island.
"No project ignoring Turkey or Turkish Republic of Northern Cyprus can be realized in the Eastern Mediterranean," he was quoted as saying by Turkey's state-run Anadolu Agency.

Turkey has established a presence in the region with two drilling ships, Fatih and Yavuz, as well as an exploration vessel, Barbaros.

Athens is accusing Ankara that it is undermining security in the region.