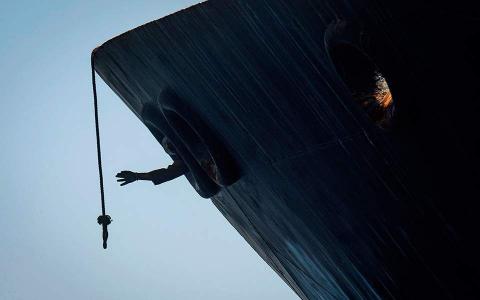 An Iranian-flagged oil tanker pursued by the U.S. amid heightened tensions between Tehran and Washington changed its listed destination to a port in Turkey early Saturday after Greece said it wouldn't risk its relations with America by aiding it.

The crew of the Adrian Darya 1, formerly known as the Grace 1, updated its listed destination in its Automatic Identification System to Mersin, Turkey, a port city in the country's south and home to an oil terminal.

However, mariners can input any destination into the AIS, so Turkey may not be its true destination. Mersin is some 200 kilometers (125 miles) northwest of a refinery in Baniyas, Syria, where authorities alleged the Adrian Darya had been heading before being seized off Gibraltar in early July.

Iranian state media and officials did not immediately acknowledge the new reported destination of the Adrian Darya,...

Turkish President thanks Ecumenical Patriarch for aid in coronavirus pandemic