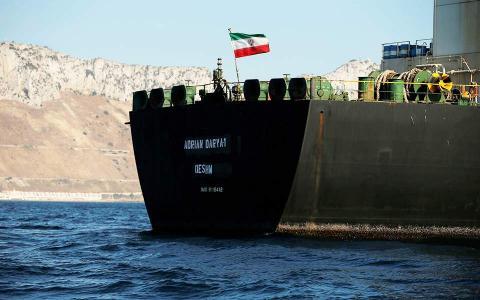 An Iranian oil tanker that had originally been headed to the Greek port of Kalamata before changing destination to Turkey's port of Mesrin on Friday had no destination on Monday, according to ship tracking websites.

The Adrian Darya was released from detention off Gibraltar after a five-week standoff over whether it was carrying Iranian oil to Syria in violation of European Union sanctions in mid-August. Since then, Washington has called on countries on the vessel's route not to assist it, claiming that it is controlled by the Iranian Revolutionary Guards which it regards as a terrorist group.

The vessel, which was located west of Crete on Monday, had changed its destination from Kalamata to Mersin late on Friday. Ship tracking websites cited its estimated date of docking as August 31 on Monday but no longer cited a destination.